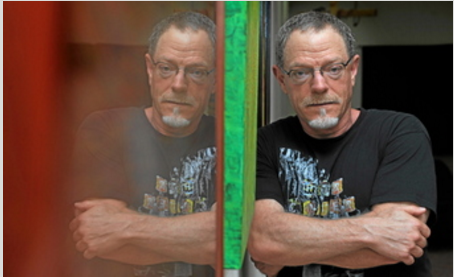 From the time he could grab crayons Dean was drawing all over his mother’s walls. Fortunately she was not one to discourage creativity and quickly rerouted his energy onto paper. By the age of eight Dean’s talent was apparent enough to warrant private instruction in oil painting. Since that time he has been continuously expanding his artistic and creative knowledge in a wide variety of mediums.

Dean has been an established artist since 1999, with his work appearing in business and private collections from West Los Angeles, to New York and Switzerland. His work has been featured in television and major motion pictures. And his paintings are part of the permanent collection in The Contemporary Art Collection at the California State Capitol Museum.

Like many artists it wasn’t a straight climb to success and regular sales in the five figure area. Instead, as a young man he felt compelled to cast his talents and creativity aside and take a corporate job. Ultimately, in 1994, Dean decided to leave the corporate world behind, embrace his artistic abilities and trust the universe would take care of the rest.

Back to school to hone his creative talents, Dean immediately excelled and was chosen to highlight two student shows. By 1999 he was to ask to have a solo show in Los Feliz. This launched his career as a professional artist and has Dean been showing successfully ever since.